I also bet that’s why you leaked the nudes of all these female celebrities, am I right? Don’t answer that: I already know I am. Your apparent inadequacy on the relationship field shouldn’t make a difference because you are such a nice guy and of course any woman who really knew what she wanted would immediately hop in bed with you. And our failure to do so has made you realize that as a whole, women are just lying teases that lead men on. We’re eternally superficial, because if we weren’t, we wouldn’t always go for the bearded lumberjack or the leather studded biker. I mean, it’s possible that you are the bearded lumberjack and you’re just sexually frustrated or looking for some fun, but I’ll level with you: I really **cking doubt it.
So let’s get down to business. Your personal problems have leaked out from beneath your shut bedroom door and now your main issue goes much, much deeper than whether or not you have enough time to jack off to Carmen Electra before work. You’ve created something much bigger.

If you think that spreading these photos and threatening her makes it about them, you are completely right. If you wanted to draw attention to yourself, you have most certainly failed. If you’re intelligent, you’ll know that the dialogue is somewhere else entirely. Because, in general, we’re not talking about how you’re a disgusting pig. We’re talking about how this is further proof that women’s bodies are commodities consumed by a male audience and how clear it is that we’re now starting to make change. It’s bringing women together, making them realize that feminism is really a ‘thing’. This isn’t actually about your disgusting sexist mindset because there are literally millions of men like you, so rest assured, you are nothing special.

But here’s the best part: we aren’t going anywhere. Feminism is a growing movement specifically because it is good and right to its very core. You’re strengthening the movement and we haven’t even hit our peak yet. Women have, for centuries, been worshipped for their bodies. We have been taught that our bodies are the most important aspects of our personal selves. Apparently, we are not whole, not worthy, not deserving of love when our bodies are not the norm and not serving the whims of men.
How better to teach us that this is a lie than by leaking private pictures of Jennifer Lawrence, one of the most popular young women in Hollywood, who’s appeal does not primarily revolve around her body, but her personality?

Did people look at them? Absolutely. Are guys jacking off to them right now? You bet. But it doesn’t change the fact that she’s not widely valued as a man’s momentary release. Women value her because she’s (at least partially) the best example of who we sometimes are behind closed doors. When you screw with one woman, you screw with all of us. We don’t love her any less for being a sexual human being because that’s what many of us are. You didn’t give us any information we didn’t already know.

You don’t have the corner on this argument or any opinion at all because your opinion doesn’t matter. No one has any opinion regarding what Jennifer does behind closed doors because it’s nobody’s damn business. You obviously don’t value Jennifer for her wonderful, quirky personality and tendency to be amazing, so I hope you run out of cereal, lose Wi-Fi, and live out the rest of your days without another orgasm.

You’ve taken a woman who is unapologetically herself and tried to turn her into a sex object, because what else can you do? She’s more powerful than you. They’re all more powerful than you. The fastest way to destroy a woman’s reputation is to reveal (or create) her more sexual nature. That said, you may be able to hack their phones and leak their pictures, but they’re the ones slowly making it obvious that women are not a niche market, so who’s the real loser here?

Our vaginas, breasts, arms, feet, legs, faces, mouths, and everything else that is corporeally ours does not belong to you or anyone else. The arches of our backsides and the curves of our lips are there so that we may do as we please, and to please ourselves rather than please you. Our legs weren’t made so that you could live between them; they were made to march over you in the streets.

It’s really too bad that you’ve decided to be part of the problem, because if you were part of the solution you’d probably be getting loads of great sex, which I’m assuming is what you’re after. But that’s the only reason you’d want to be in our circle anyway, meaning that we’d automatically kick your ass out, so enjoy your reserved seat on the sidelines and enjoy that Captain Crunch. I’m guessing that you won’t get laid anytime soon, so treasure that bowl of cereal. It’s all you’ve got. 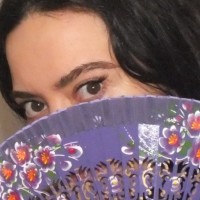 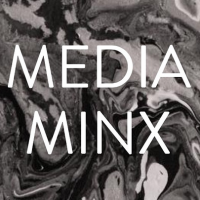